The child is breathing...

The child's heart is beating...

The child has a future and a hope...

There are people who will love the child,
Treasure the child,
Protect the child with their own lives.
Who will the child grow up to be?
Does it matter?
The child is a person! A sacred human life, created in God's image!
And human life is precious.


This child will be loved and cared for. There are people who want this child, people who care about human life, people who will fall in love with this baby and raise him or her as their beloved child.

More than 4,000 babies share this situation every single day. My brother was in this situation. Not a biological brother, but an adopted brother. It makes no difference, he is my brother. His biological father was nowhere to be found, and his biological mother surrendered her rights at birth. So, he was adopted into my family. Seldom is it even remembered that he is not flesh of our flesh and bone of our bone. What does it matter? Legally, emotionally, practically - he became my brother and part of the family.

But he was a rare case. A miracle. Most parents who don't want their unborn children choose to MURDER them. Just to think that if my brother's biological mother had wanted too, she could have murdered MY brother!! I am so grateful that she did not...

Every human life has infinite VALUE. Why? Because God says so. And it is not hard to understand why He says so. Look at anyone who is dear to you... and imagine... what if they had been murdered? And think of all the loved ones you will now never know, because they are dead. Murdered. MURDERED.

And this murder is legal in the United States. How can we not weep for our country? Weep for the children?

And then do something about it. At the very least, here is the petition to sign. Spread it around! Email it to everyone you know who cares about protecting the innocent and defenseless babies who are being slaughtered daily!

I'm not one who donates to just any cause... but this one here... this isn't about saving animals or sending someone to college or feeding the hungry, etc. etc... sure, those very well may be noble causes - but this, this is different. THIS is about saving human lives. This is about putting an end to legal murder in our country! Please... tell our government that unborn babies are human beings, and thereby protected under the 14th amendment!

We must fight! No one but us can do this. We the people must stand, united, against the murder! We, the people, must stand up to protect the beautiful human souls being murdered daily!! WE MUST PROTECT THE INNOCENT!!

The child is breathing...

The child's heart is beating...

The child has a future and a hope... 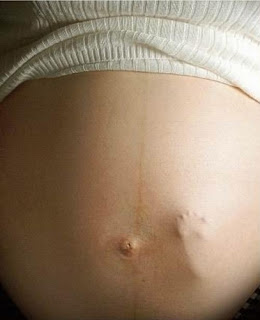 Posted by Leolani at 9:31 PM No comments:

Theft through taxes, and wasteful spending...


I stumbled upon this short article I wrote about a year ago. ;) Enjoy!


Taxes, taxes, taxes. The Liberals are always trying to increase taxes. They fail to see how detrimental this is to the economy and wealth of our nation. When taxes are increased with little mercy, the economy can produce such a dramatically lessened amount of wealth that the government actually receives a smaller amount of revenue than otherwise. This has been a problem in America for many years, but never so much as in the last 2 years. In the Election of 2008, when Barrack Obama was elected to office and all three executive branches were given over to the power of the Liberals... much chaos ensued. Now, the increase of taxes is not and has not been the only problem, of course. The government is not saving up all this money it takes out of the paychecks of its workers, oh no, the money is squandered ruthlessly. From pouring cash into an attempt to stimulate the economies of our enemy countries, (because, supposedly, poverty encourages people to become terrorists), to finding a way to neutralize the scent of hog manure, the idiocy of the elected officials in Washington leaves many people shaking their heads in exasperation and shame.

The National debt has reached heights never foreseen, the Liberals have taken a mile with the inch that was given to them. Our Senators, Representatives, and President have spent more money than the people of America are likely to be able to pay off in our lifetimes! Our unborn children and grandchildren have been put into a place of slavery, left with no choice but to work off the debt left to them by their ancestors. And if taxes continue to increase, the wealth of the nation, and the revenue collected by the government, will continue to decrease. We are headed for a future of debt and poverty if our nation continues walking along this path. We are pushing our debt limit and it is in danger of being raised... Will the path of foolhardy spending and shameless theft by taxes continue?

Or will the American people choose to fire these unworthy officials at the voting booth? Will we vote them out of office and replace them with responsible people who will cut taxes, cut spending, and focus on paying off our national debt before it swallows us? Time alone will tell. Much of that which will determine our present economic state and the future of our posterity rests at the voting booth. Please cast your vote wisely.

Posted by Leolani at 2:55 PM No comments:

The Boston Tea Party was 239 years ago. Quite a long time, no? Well, though the ethical nature of such an act may be questioned, the statement it made was bold and inspirational. Without being thusly destructive, the modern Tea Party stands to make the same statement. We stand against unfair taxes, what many consider theft. But more than that, we stand against an irresponsible government. A government which shamelessly spends the money of future generations. A government which encourages and supports all manner of unethical practices. A government which regulates so strictly that entrepreneurs face immense risk, slowing or halting economic growth. This blog will be about fiscal responsibility, and more. I don't claim to know how to fix all the problems that plague our country, and indeed, our world, but there are possible solutions to these various problems which, I believe, deserve careful consideration - and action.

The American government was created for the people, by the people, of the people. Would you say it is still so? Do you believe our government is working for us? Do you nod proudly and say, "Yup, that's one of us! =D" when you look at bureaucrat who says one thing, then does another?

Some aspects of our government may still be for the people, of the people... but many are not. At least, it is so based on my paradigms, the glasses through which I view the world.

Do you see the old woman or the young woman?

I am a Tea Party Conservative, a Homeschool graduate, a Christian. That is my worldview, the foundation for my paradigms; this blog will be my thoughts and ideas concerning government, economic, social, and ethical issues. Welcome. =)

Posted by Leolani at 4:19 PM No comments: